In the developed regions and countries such as the European Union, the United States, Canada, and Australia, the concepts of “carbon tax”, “carbon trading”, and “carbon auditing” have been existed for a long time. However, for individuals, the importance of “carbon accounts” is no less than a credit information account, it quantifies the individual's responsibility and contribution to the environment, the country, and the earth.

The first step in establishing a carbon account is to define effective low-carbon activities. Low-carbon behavior, that is, behavior that can generate carbon dioxide emission reductions.

For example: walking data, combined with smart phone sensors, the user's daily walking data will be recorded. The popularity of smartphones makes walking the easiest data to detect now.

The presentation form refers to how to display calculated carbon emission reductions to users. For example, Alipay “ant forest” uses the custom term “green energy” as a display, and the user’s low-carbon behavior is the ultimate reward mode. For planting real trees.

In addition, you can combine the company's existing system (such as the point system) to integrate low-carbon users or other forms of rewards to increase the user's viscosity. 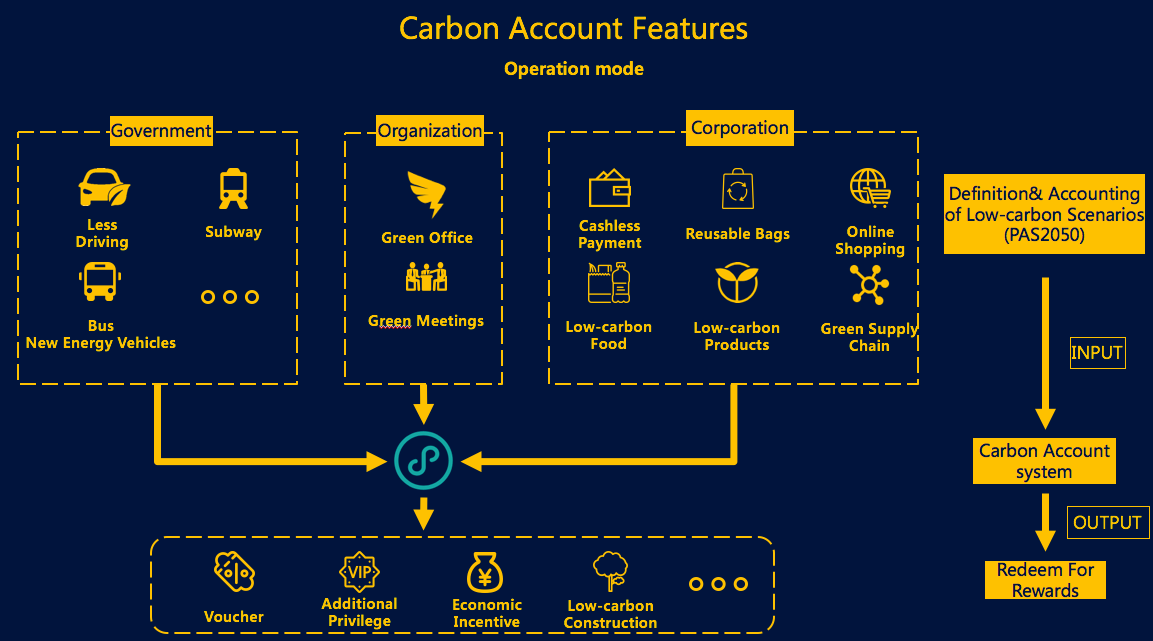 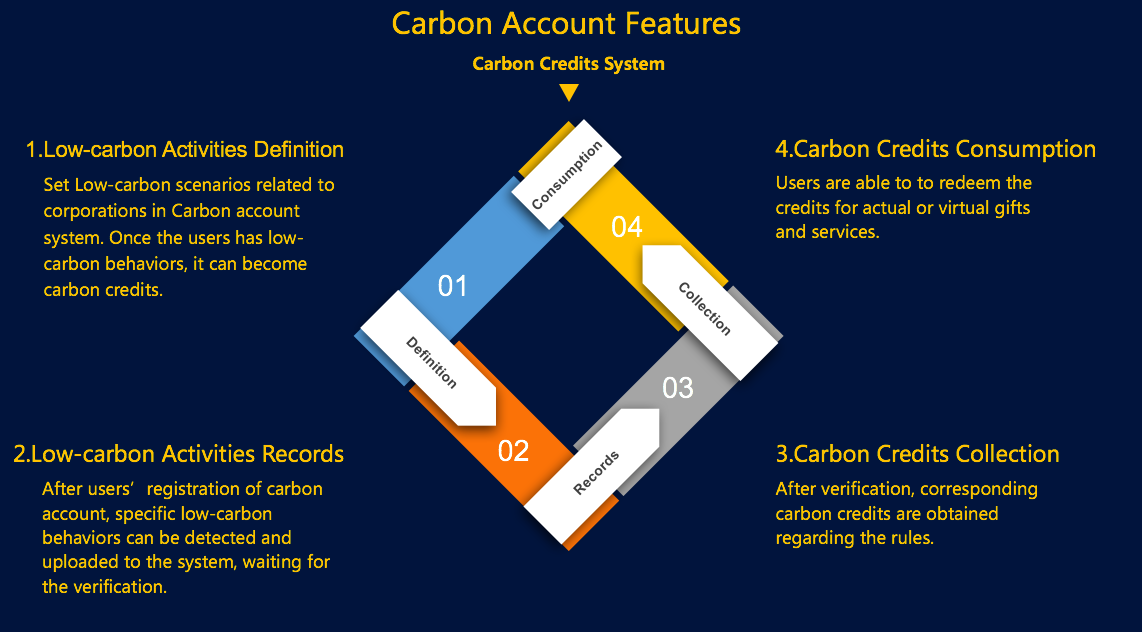 In June 2016, Carbonstop aassisted the CaiNiao Network in accounting for carbon emissions from green logistics. At the same time, the data was applied to the ant forest and became one of the sources of many green energy.

In December 2017, Carbonstop was commissioned by JingDong to quantify carbon emissions reduction for online shopping scenarios and consumer behavior. The calculation focused on the typical green goods and green behaviors, such as purchasing of energy-saving goods, using of green packages, using of electronic invoices instead of paper-make invoices and so on; and the quantitative reduction of emissions is analogous to the public easy to understand carbon emissions, such as reducing the number of driving kilometers, reducing the amount of garbage and so on. 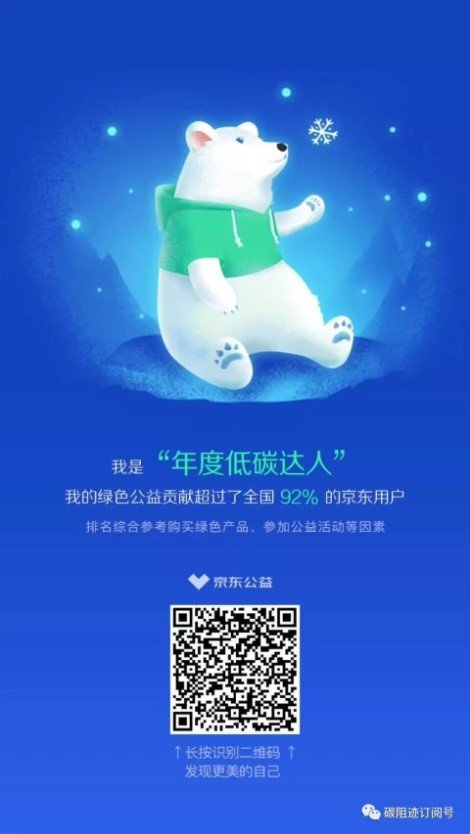 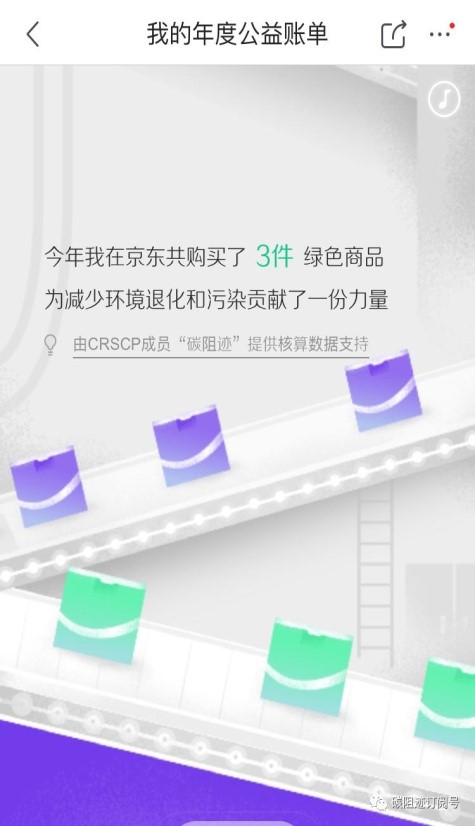 LINGXI has served more than thousands of public welfare institutions through using information technology, Carbonstop provides carbon emission accounting technology and data support for the development of its "green contribution" function, so that every user can see the low carbon contribution when using electronic forms, activities, mail and other functions. 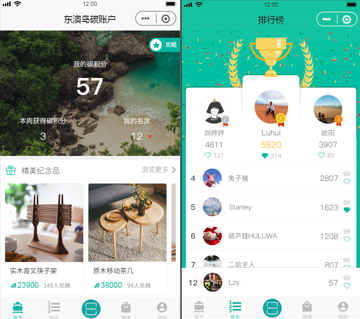 “Di Tan Di (Low-carbon Champion)”mini program“ designs many interesting sectors to foster low-carbon habits and raise the awareness of low-carbon behaviors, such as low-carbon related quiz，walking, group competition, less use of vehicles, “like” by friends and other interactions. Besides, it also contains low-carbon courses, group, Winter Olympics carbon sinks and driving one day less for the week. 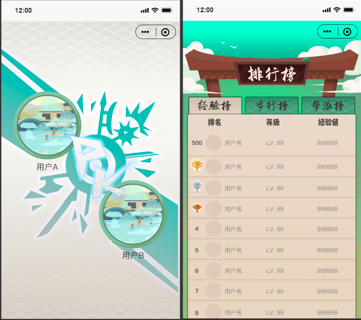 6.       Driving One Day Less for the Week
Carbonstop develops the Alipay mini program to correspond the "Driving One Day Less for the Week” campaign from Beijing Development and Reform Commission. This campaign has adopted the concept of “carbon account”. Car owners need to take photos of their odometer before and after their stop period of their registered car. Once the period reaches 24 hours, the owners can get extra green energy in "Ant Forest” and bonus that can spend in real life. 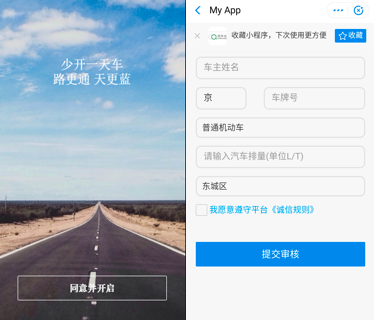 For more detail, please call or email us or you can click the following link for quick.