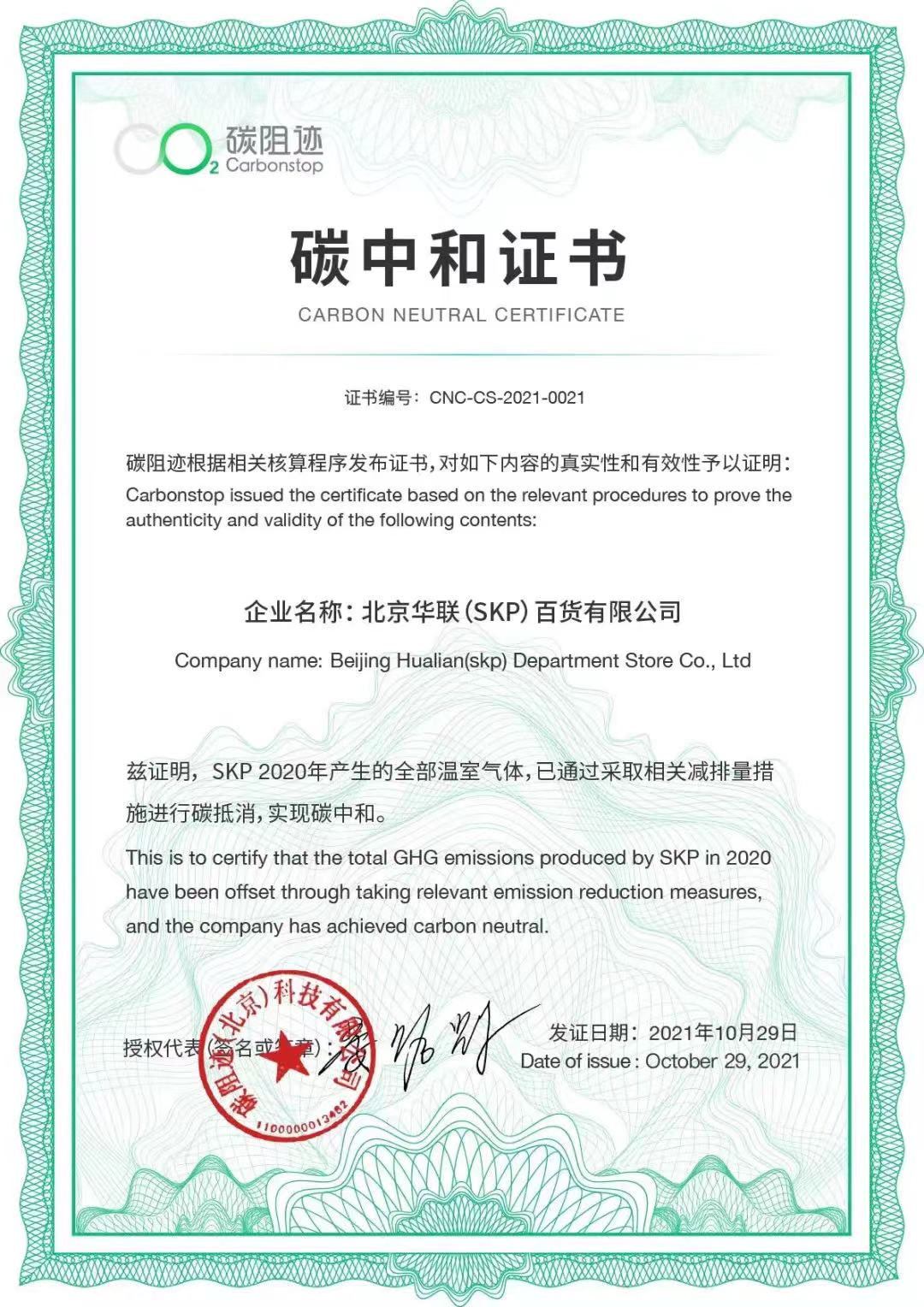 The news, caused the industry from all walks of life wide attention, dozens of mainstream media rushed to report, spread sound volume coverage of the entire network. 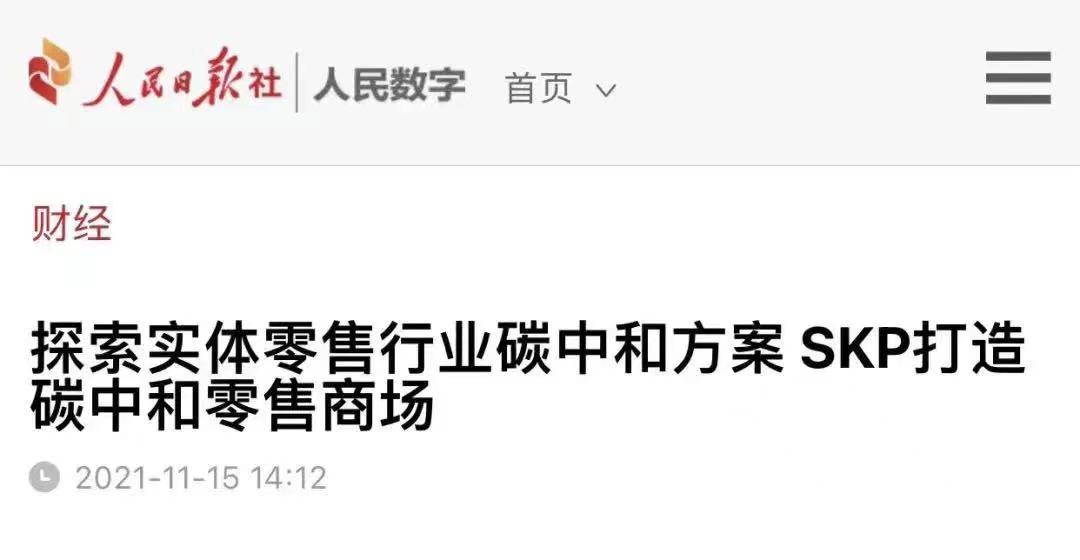 After turning around, SKP began to realize the necessity of carbon emission reduction and carbon neutrality in the industry, and began to actively explore a new low-carbon model for the industry. SKP is fully aware that carbon peak and carbon neutrality is a complex and systematic project. Only by actively fulfilling corporate social responsibility and taking joint actions with numerous partners to fully implement the requirements and objectives of the "dual carbon" goal, can we effectively cope with the crisis and challenges brought by climate change.

So how does Carbonstop help SKP achieve carbon neutrality and provide strong momentum for it to explore green and low-carbon development of retail industry?

Back in June, SKP signed a strategic cooperation agreement with Carbonstop. Based on the pioneering "CREOS" carbon neutral path and combined with its carbon management SaaS platform, Carbonstop provides Carbon emission accounting and carbon neutral path planning solutions for SKP, ultimately helping SKP complete carbon neutral and leading the new model of green and low-carbon development in the retail industry.

2)Reducing: Identify technical solutions with significant emission reduction effects or great potential based on the business patterns of their own industries, so that they can transform passivity into initiative in the carbon neutral large-scale industry track;

5)Spreading: Since carbon neutrality has become an established trend, sooner or later, it is better to act early and speak out early to win the best communication opportunity and brand influence.

From the business scene, to create a carbon neutral one-stop solution

No quantification, no management; No regulation, no carbon neutrality. Under this concept, Carbonstop help SKP to quantify carbon emissions in a professional and rigorous way.

At the same time, Carbonstop also provides SKP with scenario-centric emission reduction planning based on its insight into enterprise business scenarios. Carbonstop has developed a series of emission reduction plans and plans for office scenes, travel and commuting scenes, dining scenes and new projects, and has integrated low carbon into its corporate culture. With the help of Carbonstop, SKP has gradually explored a new model of carbon neutrality in retail industry that suits its own characteristics.

By virtue of its huge economic size (market share) and development speed in physical retail, as well as its huge influence in the fashion field, SKP passes more and more green and low-carbon intentions to brand partners.

While achieving its own carbon neutral, SKP is also struggling to dig, constantly absorbing more carbon neutral in carbon peak areas to actively explore the great partners, and constantly improve many partners by means of win-win whole process of green low carbon, for double and global climate governance to achieve the goal of carbon provide strong driving force. This coincides with the "Engaging" in "CREOS" proposed by Carbonstop.

In the future, SKP will further bring carbon peak carbon neutrality into the overall layout of the company, and take the road of high-quality development of ecological priority, green and low-carbon. It will continue to lead the global fashion and retail industry to make steady progress, and at the same time lead the industry to actively explore low-carbon practices. While fulfilling corporate social responsibility, it will drive more partners to accelerate the pace of carbon neutrality.

SKP is an important milestone in the practice of Carbonstop in the brick-and-mortar retail industry. Carbonstop will continue to bring the ultimate carbon management solutions to the retail industry, help drive the global fashion and retail industry to explore low-carbon practices, and actively promote the realization of carbon peak and carbon neutrality on schedule.