Recently, with the theme of "the era of agitation, innovation and change" Lieyunwang 2021 annual venture awards officially closed, the list selection results were officially released.

Carbonstop has the most senior carbon management consultants and excellent product design and development team in the field of carbon management, most of the team members are overseas students. Professionalism, growth and creativity are the core competitiveness of the Carbonstop team.

Carbonstop has always been committed to low-carbon efforts. Every product has a carbon footprint, so that consumers have the opportunity to choose more low-carbon products, and enterprises provide more low-carbon products and services to meet consumers' increasingly sustainable consumption requirements. In 2021, Carbonstop obtained A round of financing of 50 million yuan. Hillhouse and Matrix China jointly participated in this round of financing.

By 2021, the state will include "carbon peak and carbon neutrality" as a key task in the first year of the "14th Five-Year Plan". Positive factors will soon spread to the capital market. In the secondary market, "carbon neutrality" concept stocks have already become dazzling stars, while in the primary market, according to public data statistics, In the past six months, the investment scale reached a record high (40.529 billion yuan), and the supply of punctuation was in short supply.

It is foreseeable that with the development and application of technology, in the near future, enterprises with innovative models in the field of carbon neutrality will come to the fore. Based on this, Lieyunwang launched the selection of "TOP10 most influential innovative enterprises in carbon neutral field" in 2021.

Lieyunwang annual venture award selection since held, hundred class list released in six years, up thousands of new business and capital power, many of them have become a new force of China's new economy industry, they not only grow up to be a star company, star, more become the darling of the capital market and the power to change the industry.

This award is the recognition and affirmation of the innovation ability of Carbonstop technology by industry experts and colleagues. In the future, Carbonstop will also be based on the present, and continue to add impetus to the low-carbon transformation of Chinese enterprises, inject new vitality into China's dual carbon goals and sustainable development, and work with all industries to create a zero carbon future! 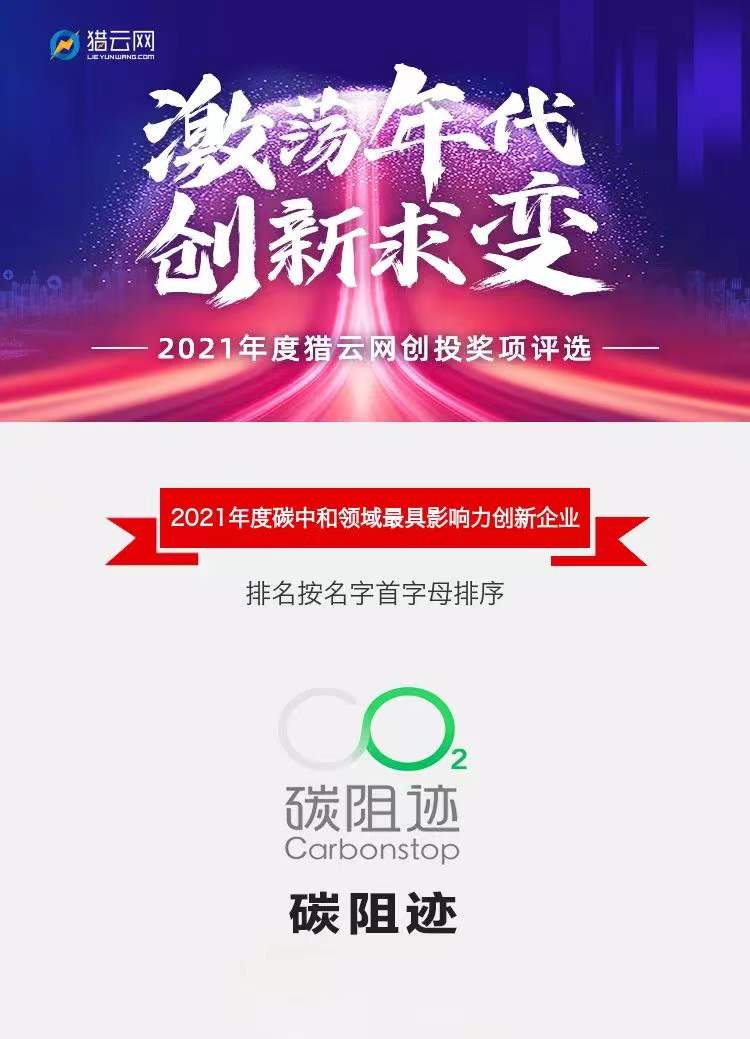